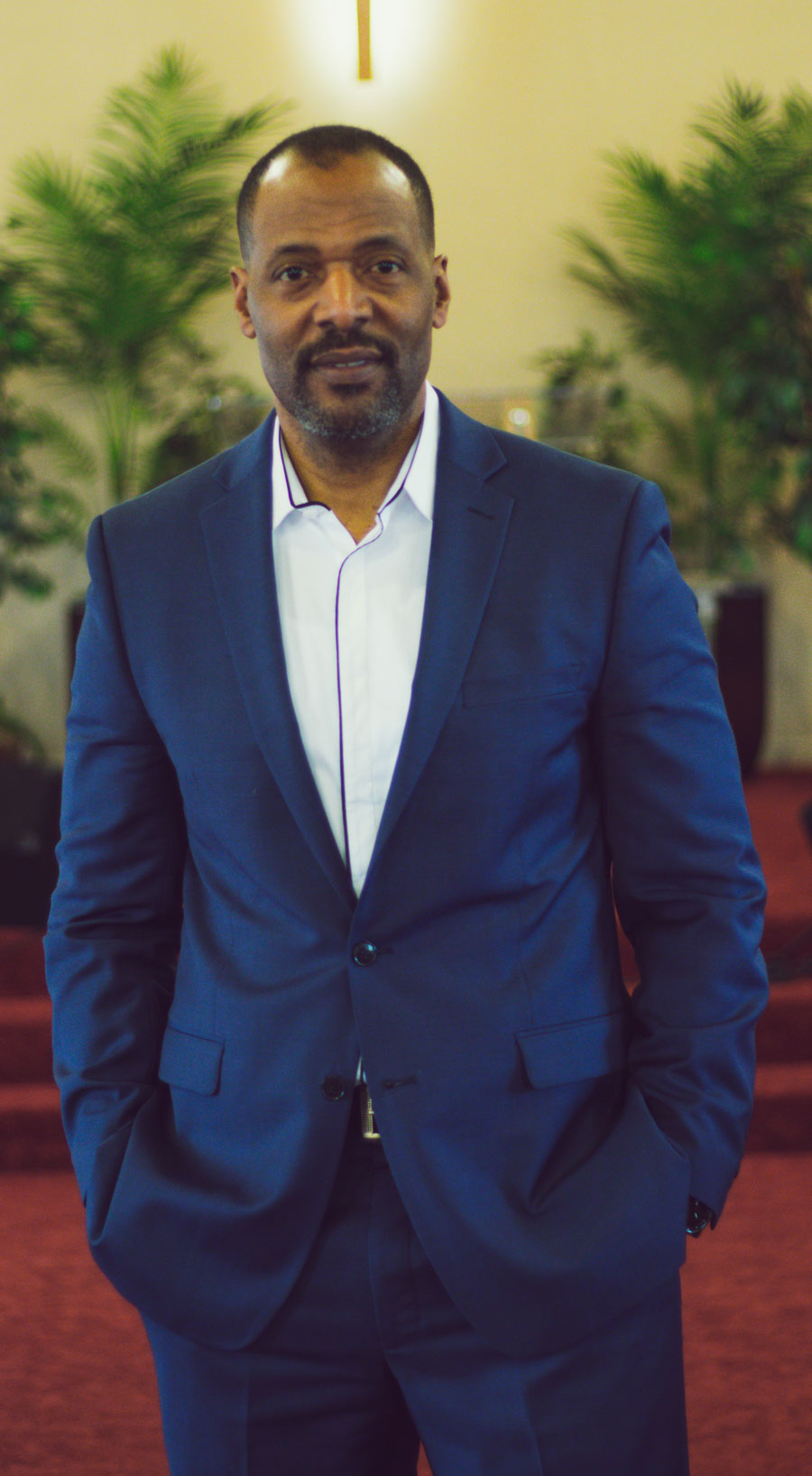 Charles Stewart is the founder and senior pastor of Kingdom Builders Christian Church (KBCC) in Redford, Michigan. Born in Los Angeles, CA., Charles moved to Detroit, MI. and dedicated his life to Christ in 1975 at Zion Congregational C.O.G.I.C under the late Bishop Jesse T. Stacks . In 1985, Charles received his Bachelor of Business Administration Degree from Eastern Michigan University. After a near fatal car accident in 1986, Charles rededicated his life to Christ and began to diligently seek God’s purpose for his life.

In 1989, Charles acknowledged the call of God to preach the gospel of Jesus Christ under the late Pastor Alex C. Jones.From 1990 to 1995, Charles ministered to battered, abused, addicted and homeless women at the Rescue Mission in Detroit.In 1995, Charles received his Bachelor of Arts Degree in Religious Education from William Tyndale College. In 2001 after a house fire nearly took his life, Charles was led by God to answer the call to teach, lead and serve his people.  On September 17th, 2006 Charles and his wife, Darcel, their four children and 12 other dedicated people established Kingdom Builders Christian Church.

“Two near fatal events 15 years apart totally changed my life and caused me to realize that there is only a step between the physical realm and eternity. What we consider important in this life, is not really important at all when we analyze the sum total of our existence. The Word of God says, “For what is a man profited, if he shall gain the whole world, and lose his own soul?”- Matthew 16:26.The most essential aspect of our existence is to have a personal relationship with the Father through his son Jesus Christ.”